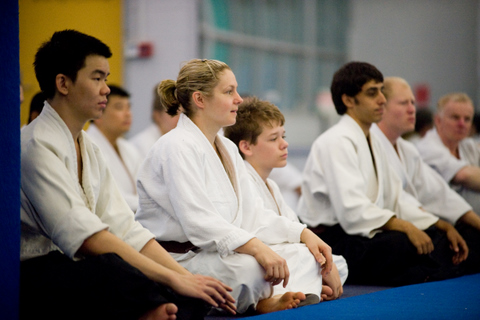 We are pleased to announce that Murray Loader Sensei will hold a weekend seminar at Griffith Aikido Nathan dojo on 30th & 31st July. The seminar will consist of three (3) classes as follows:

Whilst in New Zealand, he visited a 4th Dan in Aikido who had recently returned from studying in Japan and had set up a dojo in Auckland. Murray Sensei was impressed by the technical and, in particular, the mental aspects of Aikido. He decided then that if he was ever to study another martial art it would be Aikido.

After moving to Brisbane in 1988, he found no karate dojo of his style here, so he started studying Shinshin Toitsu Aikido (Ki Society) under Wayne Murray Driver Sensei. Wayne Sensei was a gifted instructor and provided a solid foundation in both Ki understanding and technique.

An additional impetus to turn to Aikido was the fact that it seemed to live and breathe its mental and spiritual aspects which few karate instructors outside Japan could offer at that time. Before relocating to Canberra, Murray Sensei trained and taught at both Spring Hill and Cleveland dojos.

2. The art of discussion 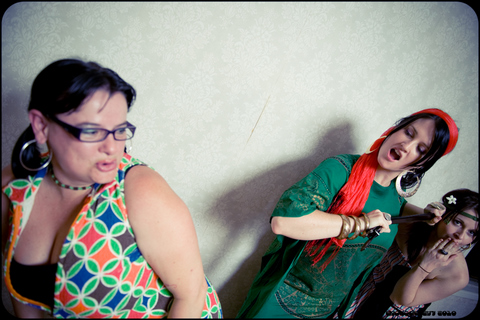 This is a reproduction of an article titled The Art of Discussion written by P.H. Veridian and posted on Aikido world, the official blog of the Aikido Association of America.

“A truly good discussion is a true art form and takes great skill to accomplish. It takes a quality topic, two or more well educated (in the topic) individuals, a sense of mutual understanding and the acceptance of idea’s between the parties. An argument is not the failure of discussion; it is the passionate expression of discussion. Arguments are important as they show the strong feelings we have for a subject, which conveys more than words. However, too much passion can throw us into a blind rage where discussion stops, when this happens we are often only left with our most carnal instincts. We either fight back, expressing our views more passionately further escalating the situation or we simply walk away giving ourselves time to calm down. Sound familiar? When there is trouble our options are Fight or Flight. Amazingly these trends are incorporated into all of our responses to problems. Verbal, physical and even our mental battles. Verbal and Physical examples are obvious, we were all teens and we all went to high school, let’s not dredge up those old memories. An example of a mental battle we may run away from or fight would be the consideration of the death of an older or very young family member. These are discussions we often refuse to have within our own minds. …”

Read the entire article The Art of Discussion

Most students would have realized by now that there are three (3) levels of practice in Aikido.

In early and middle rank grading demonstrations, you will notice that Sensei requests that you show your understanding at different levels. Here’s why!

Ko-tai refers to basic static technique, performed calmly and slowly, over and over so that mechanics and form become second nature. At this level, technique is often broken down into its component parts. The timing is ‘reactive timing’ where Nage commences the technique after the attack arrives. Attention is paid to the movement of the center, hands and feet, as well as the relationship to Uke. These basics are not only the foundation of the technique, but also the way to discover and practice the principles of centering, extending and blending. Basic technique is not only an important step for beginners; it is also imperative that advanced students always return to the basics to reinforce the foundation of their practice.

Jun-tai refers to a more fluid level where different parts of a technique are put into a whole. Technique is regarded as a unit; or a single continuous movement. At this level, timing is introduced and the technique begins a little earlier. The timing approaches ‘simultaneous timing’ where Nage doesn’t wait for the attack to arrive but instead, moves to blend with Uke as soon as the attack is launched. Also introduced are commitment and spirit as the technique is executed in one continuous motion. This is not to say that the technique must be speeded up. In fact, at the start, it can be performed slowly, at the same speed throughout. With practice, and as you change partners, you will find the speed of the technique, or at least the entry, depends very much on the speed and rhythm of Uke.

Ryu-tai refers to flowing forms under movement and with a larger ma-ai interval. The timing in relation to Uke’s attack is anywhere between ‘simultaneous’ and ‘anticipatory’ timing. After years of committed training when the principles of Aikido thoroughly become a part of you, creativity begins to flow through the well-honed tool of a unified mind and body, enabling the discovery of new techniques and ways of moving. In the more advanced levels of Aikido, the rigid form begins to disappear and a more spontaneous way of movement takes its place. The feeling is not so much doing a technique but becoming the technique. When mind and body are trained sufficiently, it will begin to happen all by itself and can neither be forced nor hindered. Ryu-tai practice is a way to train spontaneously and creatively.

“There are no contests in the Art of Peace. A true warrior is invincible because he or she contests with nothing. Defeat means to defeat the mind of contention that we harbor within.” Morihei Ueshiba