Griffith Aikido Institute – the centre for aikido in Brisbane

One last reminder that the Griffith Aikido Institute AGM will be held at 8pm on Thursday 15th March 2012 at Nathan dojo. The list of candidate nominations received for the 2012 committee are: 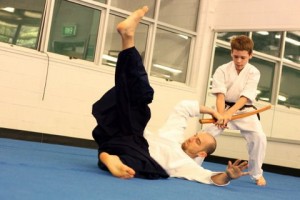 Conflict need not equal contest. We are socially conditioned into believing that we must compete in conflict on the line where the clash of force is greatest, and where one person emerges as the winner and the other as the loser.

Nothing could be further from the truth. Conflict resolution is an interactive process, not a competition or clash of the Titans.

There are no contests in most forms of Aikido. The art of Aikido is built on the premise of respect for life and the desire for peace. It is considered that to injure an opponent is to injure yourself. The aim of Aikido is to control aggression without inflicting injury. The key here is self-control.

To achieve an outcome of peace and harmony, we must take control at some point during the confrontation so that energy dynamics change from attack to resolution. The tricky part is to do it in a calm and relaxed manner without escalating the situation or entering into a contest. 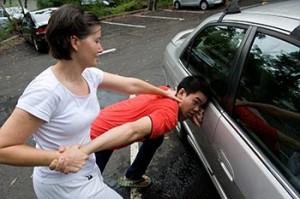 Learn to protect yourself

Aikido teaches us how to go with the flow of energy and how to change that flow so that we achieve our peaceful outcome rather than the outcome originally intended by the aggressor.

This involves getting off the line of a physical attack, blending with the aggressor’s direction, speed and energy then redirecting that energy to a place where it can be safely dissipated.

Getting off the line of attack is critical because that is the line of the aggressor’s force. To stay on that line means meeting the force head-on and entering the conflict and / or fighting back as the attacker expects.

The high energy and high speed of an attack can be altered by slowing it, exaggerating it, changing its direction up, down or in a variety of circular motions, and finally dissipating the energy either back into the attacker by way of a joint lock or towards the ground.

The concept of ‘harmony’ does not necessarily mean being pleasant and nice, or giving in and allowing the aggressor to continue with their intent. It means being calm under pressure and getting into synch with the opponent’s energy so that control can be taken away.

Control is wrested by leading the opponent to a place that they didn’t intend to go; and using their own energy to get them there. No force is necessary, nor are traditional kicks and punches. Muscle power and physical strength are disadvantages. They only serve to introduce resistance and contest.

Balance, movement and timing are the necessary tools, which makes Aikido the ideal martial art for females, children and older people. So come try Aikido at Griffith Aikido Institute, the highly recommended centre for Aikido in Brisbane.