1. Trapped by an Ipod 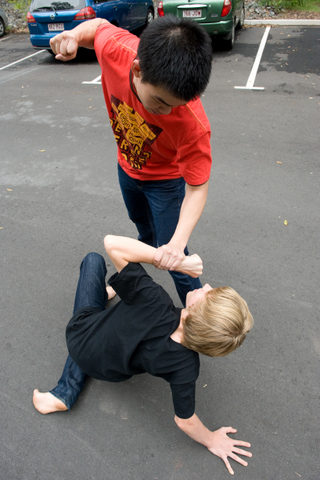 This is a true story and a harsh lesson but reinforces our message that awareness is the best form of self defence.

One of our own club members was assaulted and mugged a while back. He had just finished a late shift at work and was walking along a main suburban road when he was hit over the head from behind and robbed.

This guy is almost at black belt level so why didn’t he defend himself? Because he was tuned in to his ipod!! He had earphones in his ears he was distracted. He had severely reduced awareness and no idea that trouble was looming behind him.

The first thing he knew was regaining consciousness, on the ground, bleeding from the head, being helped by a couple of passers-by. Then he realized his ipod and wallet were missing. He didn’t see his attackers and has no memory of the attack.

With help, he made his way to a nearby hospital and received stitches to his head wound. It was sheer good luck that he wasn’t killed or left with permanent brain damage.

I felt sorry for this young man. Besides the pain and trauma of his head injury, he felt extremely embarrassed. He of all people should have known better. He just didn’t think that something like this could happen to him.

But to his attackers he was an easy target. He was absorbed in his music, totally distracted and completely unaware. They would have waited until he was isolated. They knew that they could get close undetected and disable him without a struggle and without any noise.

It would have taken only seconds to rob him and then they would have calmly walked away. There were no witnesses, only the passers-by who found him on the footpath.

Awareness is the number one self defence technique. If the ipod wasn’t plugged into his ears he probably wouldn’t have been attacked. If he had become aware that the attackers were closing behind him, he would have turned around and the assailants may have had an instant change of mind and walked past him without incident.

2. The art of war is not a principle of peace 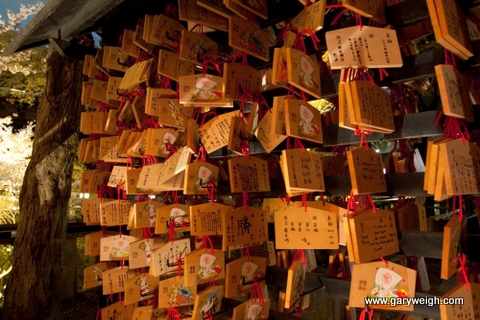 Prayer Tablets
It is the values you hold and how you treat other people that ultimately define you.

After practicing the non-aggressive and non-competitive art of Aikido for many years, I can confidently attest to the fact that the development of the non-fighting mind is a great mental foundation for achievement.

It is not restricted to achievement in Aikido either! It extends to all aspects of life. The benefits of a martial mind are not skill specific. They can be applied to achievement of whatever you want.

To read the entire articles go to http://www.aikido-secrets-to-calm-success.com/the-art-of-war-is-not-a-principle-of-peace.html

“True Fudoshin is not a rigid, immobile state of mind, but the condition of stability which comes from the most rapid movement. In other words, like the steadiness of a spinning top, the state of perfect spiritual and physical stability arises from movement which continues infinitely and is so infinitely rapid that it is imperceptible.

This movement is condensed at the one point in the lower abdo­men. By putting everything into the one point, we can experience fudoshin and not lose our stability no matter what happens.” From ‘Ki Sayings’ by Koichi Tohei