The Committee wishes to announce that this year’s AGM (Annual General Meeting) will be held at 8pm on Thursday 15th March at Nathan dojo. This is also a call for nominations for the new Management Committee which will take office after the AGM. Nominations will close on 1st March 2012. This your opportunity to be a part of your club’s future. Because we are a non profit club we rely entirely on volunteer labour and expertise. It takes quite a bit of work to keep two dojos open and fully equipped with mats and weapons. All middle and senior grade members should consider giving back to the organisation that trained you. We could certainly use your assistance.

On Saturday 18 February 2012, Everton Hills Dojo hosted its first major grading day for the year. Eleven gradings were conducted ranging from 4th kyu through to nidan. Despite the heat of the day, those being graded put on a sterling performance and did our dojo proud. The grading was made extra special by the many ukes in attendance from our fellow Aikido dojos, including Capalaba, Bald Hills, Redlands and Nathan. As an added bonus, Thom Hansen Sensei also attended and joined our Head Dojo instructor, Rod Nixon-Smith Sensei, on the grading panel.

A notable aspect of all the gradings was the extent to which those graded used their individual personalities and strengths to shape their Aikido. This serves as a useful reminder that while technical proficiency is an important part of our training, it is also about self-expression and recognising that we all must ultimately make our Aikido our own. 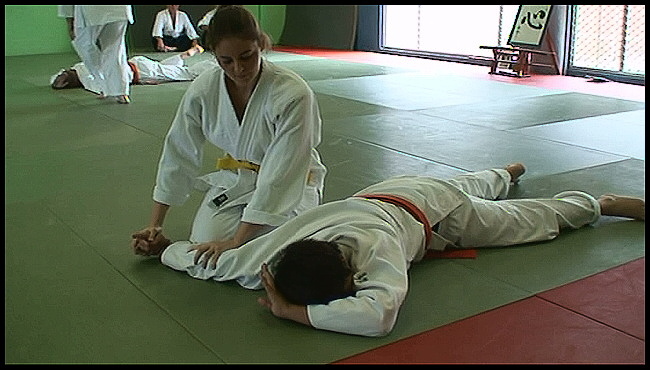 The morning kicked off with Usha and Susan grading for their 4th kyu. It’s always hard being the opening act at a major grading day, with the irony being that this task inevitably falls on the least experienced. If there were nerves (and I’m sure there were) Usha and Susan kept them well under control and gave an excellent demonstration of their skills.

Usha has a light hearted disposition and is responsible for many humorous moments during training. Her hassle-free demeanour flows through into her techniques which are characterised by a relaxed execution, while at the same time being technically right on the mark. 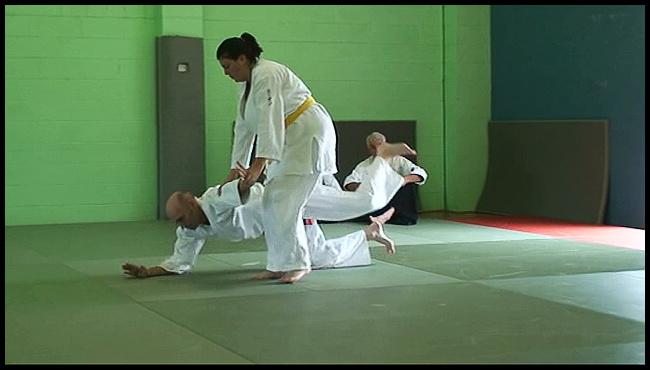 Susan cross-trains in other Japanese weapons based arts and uses these skills to enhance her training and understanding of Aikido. In view of this, it is not surprising that her grading techniques were not only precise, but also featured committed cutting actions (which are very important in our martial art).

Gary, Brendan, and Zac graded for their 3rd kyu. Their gradings, to say the least, were most impressive.

Brendan is a testament to the benefits afforded to those Aikido practitioners who take the time and commitment to develop their ukemi skills from the outset. Anyone who has trained with Brendan will have noticed that his ukemi skills are more at a level one would expect from a hakama grade. His developed abilities in this regard have given him an edge in acquiring an inner understanding of how techniques should feel in a dynamic situation without being clouded by fear of falling or escaping pain. The end result is what we saw at his grading – smooth, flawless techniques with an emphasis on blending and relaxed execution – just what Aikido should be. 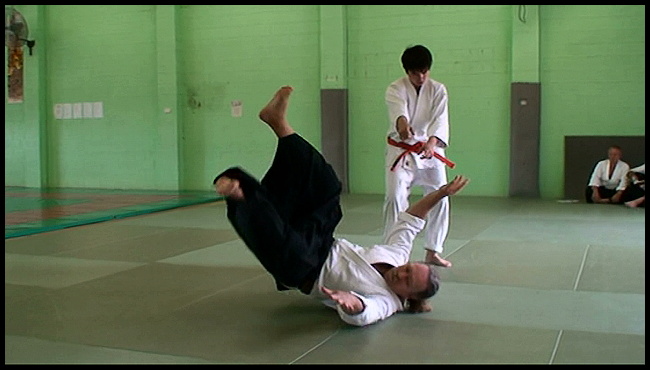 Zac is one of the teen members in the Dojo’s adult class. Words that sum up Zac’s approach to Aikido include the all-important “commitment” and “focus”. In addition to regularly training 3 days a week, he also squeezes in extra time on the mat by assisting with the “Aiki-kids” classes. His many hours of determined practice very much shined through at his grading. What was particularly impressive was his use of ki extension throughout his techniques. During his demonstration of yokomenuchi techniques, he also confidently performed many more than the 2 arts required (I lost count after 5) without any wavering in quality. 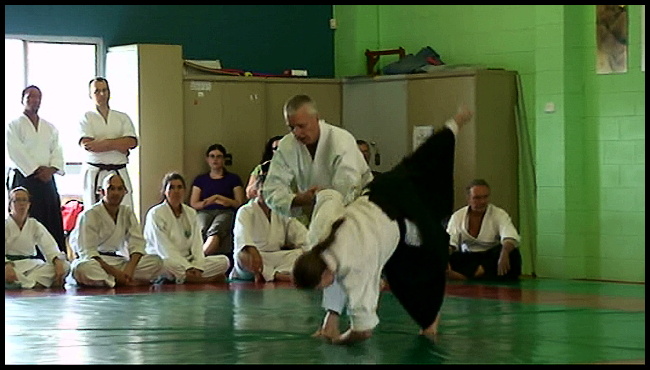 While Gary has been a staple at our dojo for more than a year now, it is not uncommon for him to travel internationally and interstate for extended periods on work and personal business. Applying the concept of “Aikido without boundaries” at its literal level, Gary searches out and finds an Aikido Dojo wherever he travels and continues on training regardless. This mix in training has given Gary a unique perspective on our martial art and his Aikido is all the better for it. His grading was confident and assured, with due regard to technical execution. His 3rd kyu was most deserved.

Bill and Neil stepped up for their 2nd kyu grading and I know both have worked very hard to ensure their Aikido meets the high standards that they set for themselves. As anyone can attest who has done it, undertaking a 2nd kyu grading is quite a daunting prospect. In addition to set techniques, students for the first time must demonstrate weapons katas and perform taninzugake nage. To their credit both Bill and Neil most ably accepted the challenge and came through with style. 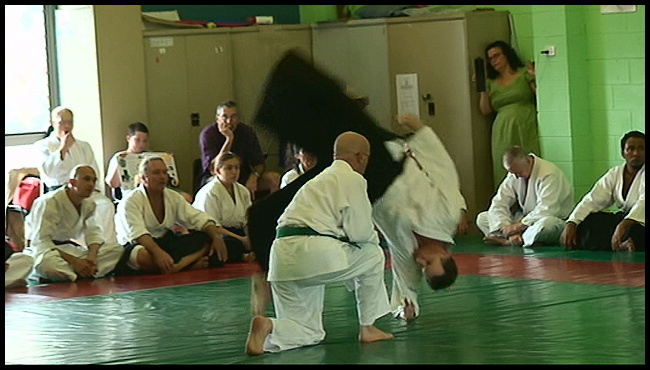 A distinguishing feature of Neil’s Aikido is that he puts his heart and soul into it. Neil also has a strong appreciation of the often neglected meditative aspects of Aikido and its emphasis on being a martial art of peace. This was helpful as there were times during his grading when some of his ukes threw him interesting “curved balls”. To his credit Neil handled them with aplomb, smiled and kept on going undeterred. He particularly hit his stride during his munetsuki taninzugake – relaxed and confident he effortlessly executed a wide variety of techniques including a myriad of most impressive zenpos (which are always a crowd pleaser). Great effort Neil – looking forward to your 1st kyu! 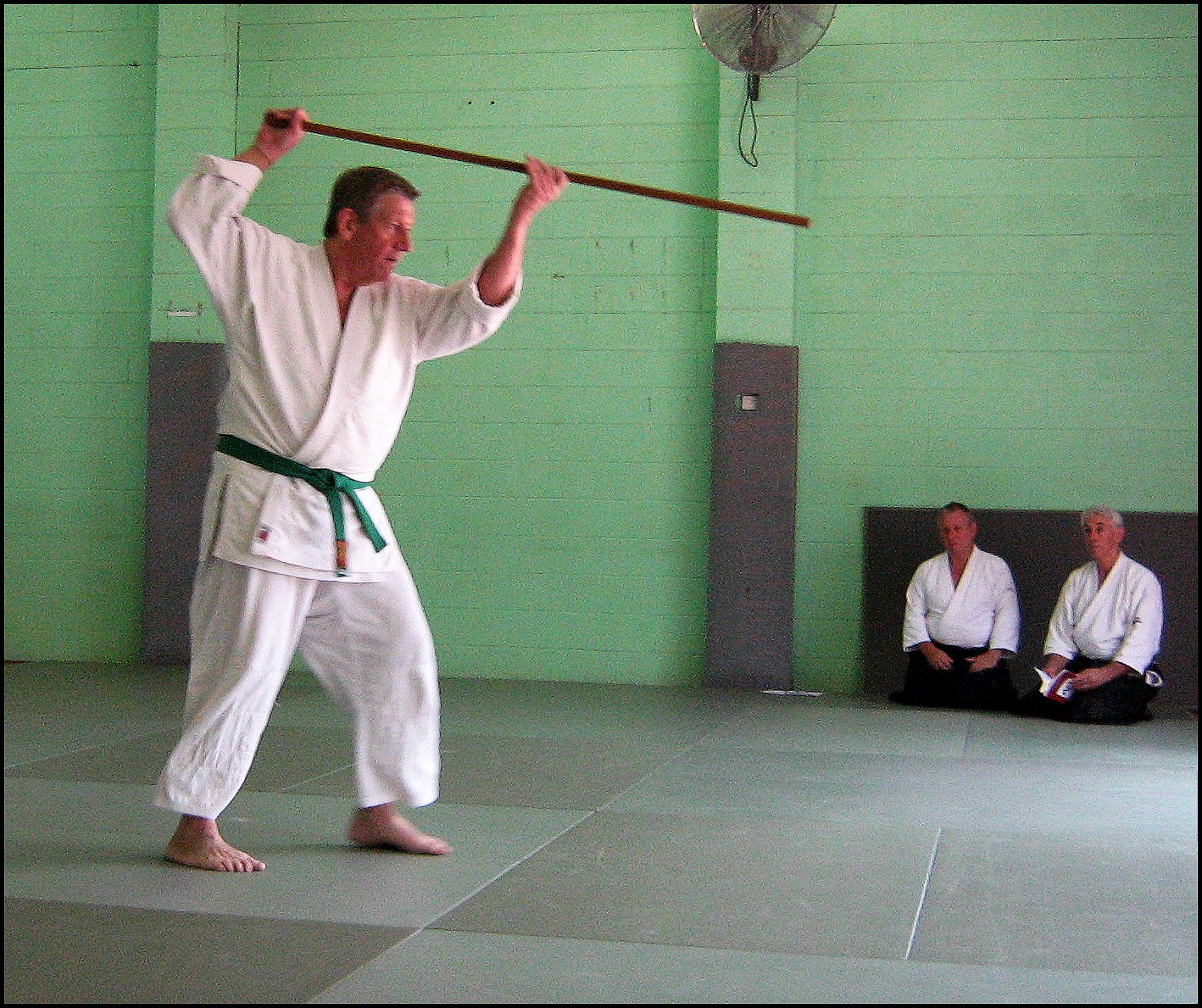 Bill started Aikido later in life and is the walking embodiment of the notion that you should never let age, injury or community stereotypes discourage you from giving life a “kick in the pants”. What I particularly liked about Bill’s grading is that he worked at his own pace, remained conscious of his position on the mat and retained an unwavering focus on the task at hand. It was also evident that the name of the game for Bill was achieving economy of movement without compromising martial integrity – a worthwhile pursuit to say the least. Well done mate.

Sylvie, Michelle and David share a common history in that they all commenced their study of Aikido Yuishinkai at Everton Hills Dojo. Further, there is no doubt that they are 3 of the club’s pillars and have helped underpin the success of our dojo over the last couple of years. I know Rod Sensei very much appreciates their assistance, both on and off the mat, as do the rest of us. 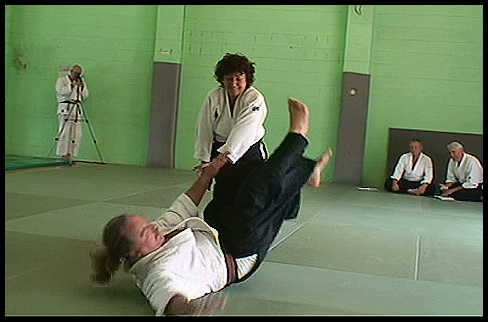 The secret to Sylvie’s success on the mat can be attributed to straight down the line hard work and commitment. In addition to training 3 days a week, Sylvie is a regular at the many seminars that have been run over the years, as well as training the odd Sunday to work on those “hard to get right” techniques. The end result was that Sylvie put on a grading performance that she can be most proud of. Her grading was confident, polished, free-following and unforced. I also particularly liked the fact that she never stopped smiling throughout (a cunning tactic intended maybe to unnerve her ukes?). All the best Sylvie – a black belt most deserved. 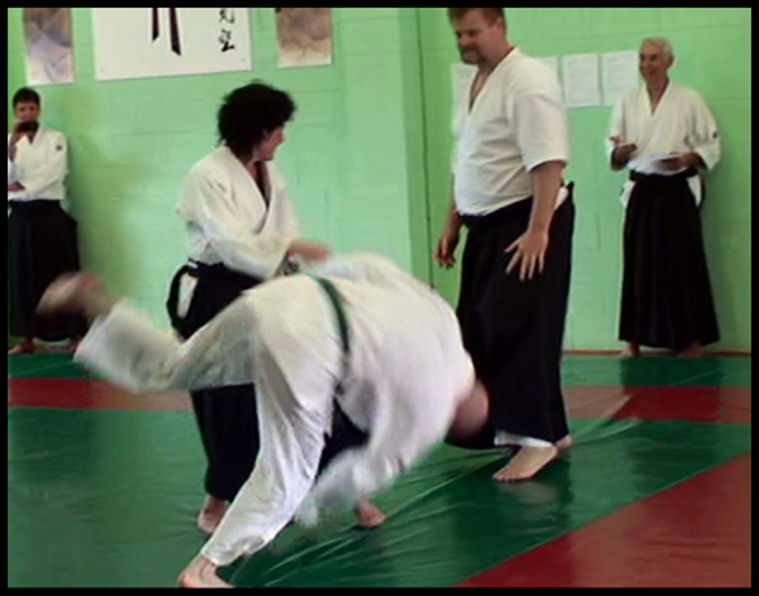 Michelle’s grading performance is a testament to her determination to continue to achieve in our martial art. Despite struggling in recent times with injuries, she has remained committed and pressed on regardless. Technical proficiency and focus seemed to be the core theme and there was no doubt she was a lady on mission. Michele’s saningake was particularly fun to watch as she dispelled a myriad of keen attacks to the enjoyment of those of us in attendance. Congratulations Michelle – a well earned grading. 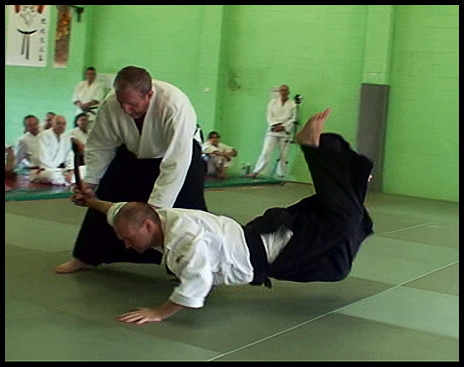 David’s grading was fascinating to watch as he used timing, distance and his often size advantage to great effect. David also led his uke’s through his techniques, the importance of which is sometimes forgotten. Further, it is one thing to do something quite difficult (and I think it fair to say that a black belt grading falls into this category), it is quite another to do something quite difficult and make it look easy. This is what David did in his grading. All in all, an outstanding demonstration of keeping calm under fire while maintaining mind and body coordination. What can I say – an impressive display of Aikido skills – congratulations mate. 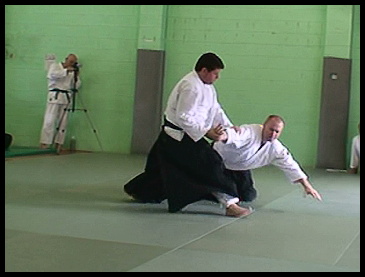 Nidan gradings are not a common occurrence at our Dojo (although this may change in coming years). It was accordingly a big moment for us to host Craig’s nidan grading.

Craig has many years of experience in Aikido and his acquired skills over this time were most evident throughout his grading. His breadth of knowledge of a wide variety of techniques was on full display and he executed on repeated occasions a number of technically challenging techniques with apparent ease. Craig’s Aikido was also a demonstration on how to use timing, pace and the maintenance of your one-point to great advantage.

For the few who may not have met Craig, he has a love of traditional Japanese weapons based arts and cross-trains in a number of these. Given his background, it is no surprise that his weapons tanizugakes were highlight moments. He readily handled and clearly enjoyed dealing with some quite spirited weapons attacks from various ukes. 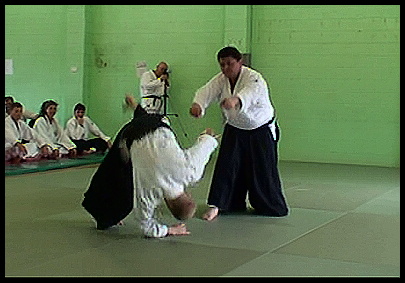 I think I speak for all of us Craig that it was great to be part of your nidan grading and a big thanks for sharing it with us. Great work mate – looking forward to your 3rd Dan.

Finally, a big thank you to all those who worked behind the scenes to make the grading a success. Anita and Louisa – the pizzas were great!

OK so it’s all about Everton Hills dojo this week. Check this out! If this video doesn’t convince you to try the wonderful and mysterious art of Aikido, nothing will. Many thanks to Ian Grant for putting this collection together.

“It is better to light a candle than curse the darkness.” Eleanor Roosevelt