Blog - Latest News
You are here: Home1 / The Jo 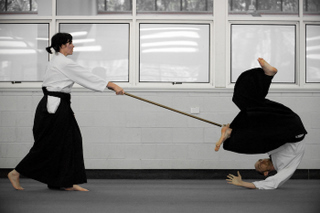 According to history or legend, Muso Gonnosuki was reputed to be the inventor of the Jo – a wooden staff 4 feet in length.

Muso was a samurai of the early late 16th – early 17th century and the traditional founder of the Koryu school of Jojutsu known as Shinto Muso-ryu. His favorite weapon was the Bo – a six foot staff.

Muso’s fighting skills with the Bo were well known as he defeated foe after foe. Then one day he met and challenged Miyamoto Musashi, one of Japan’s greatest swordsman. The ensuing battle was long and hard but it was Muso who was defeated.

Miyamoto spared Muso’s life, who subsequently retired to the mountains to contemplate. It was during this period of meditation that Muso developed the shorter staff and adapted his fighting techniques to suit his new weapon, the Jo.

He had designed a staff that was shorter and thinner than any being used at the time. The Jo was designed to be much faster and would allow Gonnosuke to get a lot closer to his opponent.

When Muso felt ready, he left his mountain retreat and once again confronted Miyamoto, challenging him to a duel. This time it was Muso who was the victor and he too spared Miyamoto’s life, becoming the only man ever to best the master swordsman. Ever since then, the Jo as we know it has been credited to Muso Gonnosuki.

The Jo proved to be a recognised weapon in its own right because it is effective against the sword. What makes the Jo so effective is that it is shorter than the Bo yet longer than a Katana. Both ends of the Jo can be used and interchanged freely.

It can be used like a sword to strike or a spear to jab. It can also be used to block and trap an opponent’s weapon. These and other fighting techniques have been retained in the arts of Jo-jitsu and Jodo. 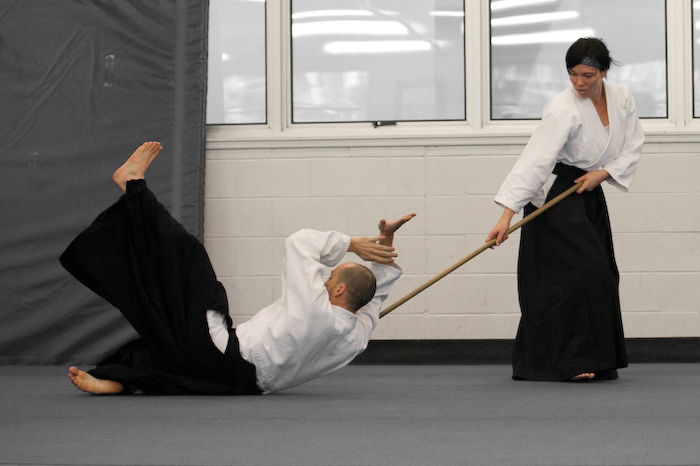 Master Morihei Ueshiba, founder of Aikido, discovered the Jo to be the ideal weapon to use with his Aikido. He incorporated the Jo as an extension of Aikido principles which gives it more freedom of movement. This unique method of using the Jo became known as Aiki-Jo.

In Aikido, the Jo is used as a supplement to training and a way of demonstrating Aikido principles and enhancing technique. It is used to develop leading skills as the only way to use a Jo effectively in Jo-nage or Jo-tori is to lead through its tip. It is also great for learning extension skills, centered movement and judging ma-ai interval.

Basic Jo strikes are contained within several Kata which in our style is performed in a grading at 2nd Kyu level. However, Jo kata is more than scripted movement. It is also about the spirit in which it is used.