Blog - Latest News
You are here: Home1 / What is self defence? 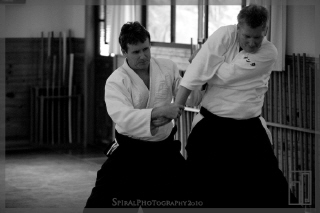 After being involved with Aikido for some years and running associated self defence courses from time to time, it has become clear to me that the term ‘self defence’ has different meanings to different people.

When standing on the outside looking in, many younger males interpret the term ‘self defence’ as learning to fight. Some want to look cool, some want revenge, while others simply want to avoid bullying and intimidation.

Many females see it as a way to empower themselves and fend off harassment, bullying and other inappropriate behaviour. Older people just want to feel safe as they go about their daily lives.

Regardless of original perception, I believe that part of the reason people of all ages want to learn self defence, is to reduce fear and boost self confidence, through increased capability.

Fear is a common feeling, even in seemingly confident people. People can harbour many fears and they are not necessarily linked to any specific or readily identifiable threat. Learning self defence is a way of learning to conquer fear within, and thus reduce stress and anxiety.

After a while, self confidence and self esteem start to shine on through. The extension of that positive energy becomes a major self defence mechanism in itself. But to be effective, it must come without arrogance. That is a problem for some!

It takes two to fight – usually one to confront and the other to react and escalate. If everyone learned how to exercise control over their ego and emotions, fighting and verbal assault as a knee-jerk reaction could be replaced by more reasoned options.

So while self defence skills are handy to fend off occasional unwanted physical attention, the real value of self defence is in self development. Aikido is designed to do just that.

It is no accident that Aikido is known all over the world as ‘the art of peace’.

Photo courtesy of Spiral Photography. For action photography and to preserve all of your special memories talk to Dean at http://www.spiralphotography.com.au